A life-time resident of Greater Moncton, Mark has unsuccessfully dabbled in just about everything.

After an 0 and 2 start to a professional  heavyweight boxing career (those guys were really big!) and ‎finishing 3rd in Riverview's last Mayoral election, Mark has decided to let the acting bug bite him right in the...face.

As a stand-up comedian, Mark has briefly toured with Yuk Yuk's, released a duo-selling CD set  (sold 2 copies) and hit the pinnacle of his comedic career when he opened up for Canadian super band - The Stampeders in 2007.

With the help of Crayola and his younger brother Peter, Mark writes all of his own material and is looking forward to finally performing someone else's stuff. 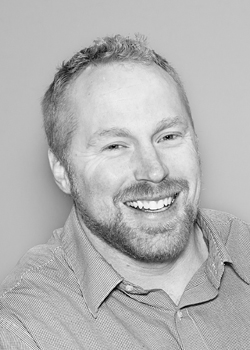