Kevin is no stranger to the stage - he has been recognized as one of Canada's premier magicians and psychic entertainers for more than 30 years. As well as performing for some of the country's most powerful companies, Kevin has also entertained on Parliament Hill as part of Canada Day celebrations and opened for word-renowned hypnotist Reveen.

He got the "acting" bug in junior high school and it stuck with him ever since with a variety of school, university and community theatre productions. To date, Kevin has appeared in 2 Hairy Tease productions: Thomas - which was part of Mirth & Melancholy IV - and Skin Flick.

Favourite Hairy Tease quote: "I've been known to dabble in the cinema of the unclothed." 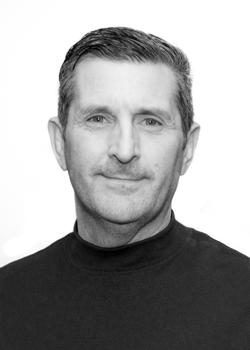