Bill, a male of mature years, moved from Calgary in July 08 to Riverview, with his wife, Candy, to enjoy peace, tranquility and Maple Syrup. Instead of peace and tranquility, he convinced Mike Granville to give him a part in the Spring 09 Hairy Tease production, Pajama Tops.

Bill is a semi-retired propagandist; no sorry, Spin Doctor; no sorry, Public Relations Consultant. His community theatre experience in Calgary stretches back to before Facebook became popular...2005. He has sung on and off key in such Gilbert & Sullivan classics as Iolanthe; HMS Pinafore; Yeomen of the Guard; Pirates of Penzance. He portrayed a peon and officer in Evita. He appeared in the farces Lend me a Tenor and No Sex Please, We’re British! and he played Santa (without wearing a fat suit) in Storybook Theatre’s The Magic Toy Shop.

He is thrilled to be part of the Hairy Teasers, and still hopes for Maple Syrup. 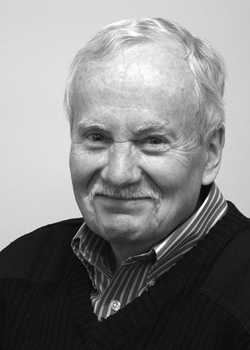